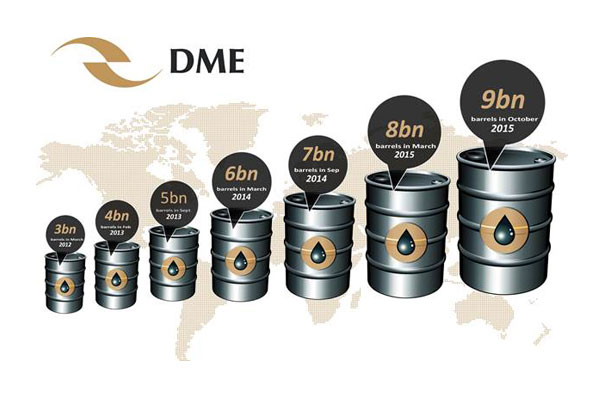 So far this year, the Exchange has seen a major uptick in the number of participants trading on the DME.  The Exchange has also set new records for open interest and for physical delivery.  Between 15 and 22 million barrels of Oman crude oil has been delivered every month through the Exchange’s futures mechanism, which is unique in the Middle East.  The DME Oman contract currently has the largest physical delivery of any energy futures contract in the world.

With the growth of energy trading along the crude oil corridor between the Middle East and Asia and the backing of major financial players and clearing members from Asia, the Exchange has seen a steady rise in volumes that have reinforced DME Oman's position as the most credible trading benchmark for the Asian crude oil markets. With primary global energy demand being driven by Asia, the region has become key to price discovery.

“It’s great for DME to hit another milestone.  Our long-term focus on transparency and on ensuring a fair price for both buyers and sellers has paid dividends and resulted in a high degree of trust in the DME Oman contract,” said Owain Johnson, Managing Director of the Dubai Mercantile Exchange. “We are focused on building a strong platform at the DME and our recent initiatives such as incorporating floating storage into the delivery point as well as the launch of the DME Auctions platform will all strengthen the robust trading ecosystem around the DME.”

There are around 90 participants from all market segments involved in price formation on the DME Oman contract and no single participant typically accounts for more than 10% of activity. DME’s transparent and regulated mechanism explains the high credibility of the benchmark among all parts of the oil supply chain.