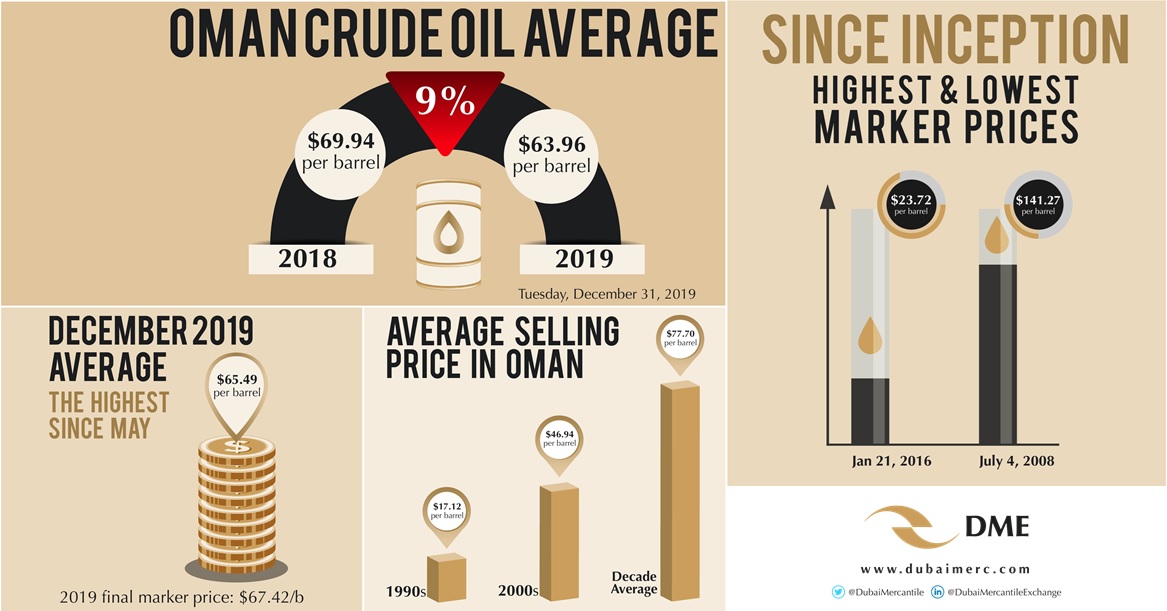 Dr. Iman Nasseri, Managing Director, Middle East, FGE said:  “Global crude balances have been driven tighter by lower production in the Middle East and higher demand in Asia. In 2020, output will stabilise, however shifts in Middle East crude trade will still be very much apparent, as crude continues to be re-directed away from the US and Europe, to make way for increased US exports to those markets. A tighter crude balance y-o-y will help support the prompt crude market structure throughout 2020. However, on a m-o-m basis, we expect different trends to emerge.”

“The 2020s may be the last decade with oil demand growth continuing while the peak global oil demand is expected sometime in the early 2030s.” he added

Michael Dei-Michei, Head of Research, JBC Energy said: “Much like the last decade it was really a tale of two opposites. After prices averaged just a tad above $100 per barrel from 2010-2015, the combined forces of US shale and growing OPEC production forced prices to correct quite dramatically and the second half of the decade saw average price levels of only around $55-$60 per barrel.”

“While US shale growth is indeed slowing down and OPEC+ shows ongoing determination to support markets, it is still impressive and surprising to see this strength at a time of weak demand growth and sluggish refining margins. The one thing we can say with certainty is that the crude market is ending this decade on an exceptionally strong note” he added

Robin Mills, CEO, Qamar Energy said: “The quite strong finish to the year will give OPEC some comfort, heading into what could be a difficult first half of 2020. OPEC will want its alliance to hold together, the reasonably optimistic demand forecasts for 2020 to bear fruit, and the signs of a shale slowdown to be enough to outweigh new production from Norway, Brazil and Guyana.”

“In the longer view, the 2010s were an exceptionally strong decade for oil prices, probably the highest-priced ever in real terms, even after the late 2014 crash. Supply disruptions in the first half of the decade and robust growth out of the Great Recession, were only partly offset by the early part of the shale boom. Will OPEC’s alliance overcome electric vehicles, climate policies and other headwinds to record another strong price performance in the 2020s’” he added